“This is just business, and once I get my money, we can go back to being friends.” – Hondo Ohnaka

You’ve made a name for yourself in the Outer Rim, and you are well on your way to becoming a living legend. But business is far from over; there are still plenty of jobs to do and bounties to hunt. Hyperlanes through the Core Worlds hold the promise of untapped opportunities, and the market is flush with new merchandise. Just be sure to watch your step, because the Outer Rim has gotten even more dangerous, and your rivals are eager to take you down.

This expansion comes packed with new content for this terrific game, more than doubling the number of cards in the game and featuring more of everything that made the base game so special, as well as some exciting new features for you to enjoy. With more encounters to confront, more things to do, and more characters to meet (and play as), this expansion is an absolute must-have for any fan of Outer Rim.

Perhaps one of the most significant features added in Unfinished Business is the addition of the Core Worlds to the game board.

These take the form of two new endcaps on the board that, in addition to containing new planets to encounter, also function as quick travel points that let players skip from one end of the board to the other. Each Core Worlds encounter card, like the other planetary encounter cards in the game, has two possible encounters: one for the Core Worlds themselves, and one for traveling Across the Core. When you encounter a Core Worlds space, you decide which of the two options you’d like to encounter before drawing your card, then resolve that option. 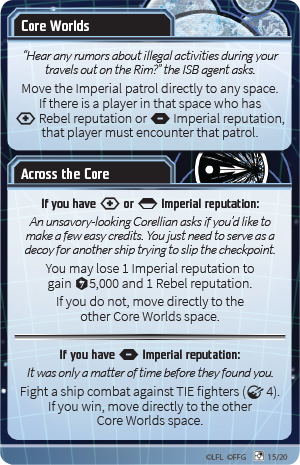 An example of a Core Worlds encounter card.

Traveling across the Core can save you a lot of time, but it also comes with some risk. The Core Worlds are under the control of the Empire, and if you have negative reputation with the Imperials, then you can expect some difficulty when flying across the Core. 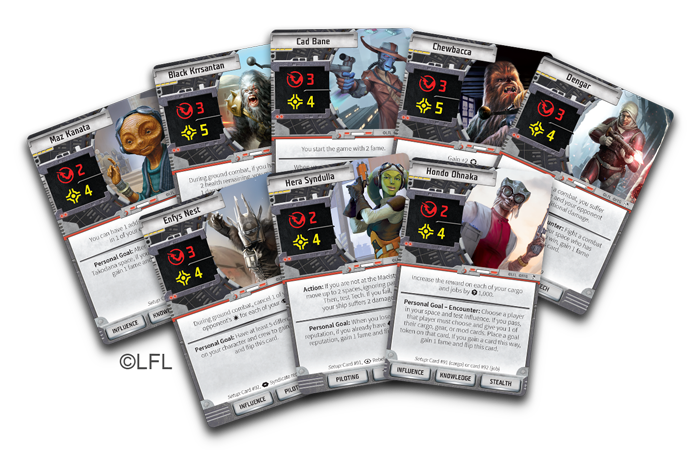 The base game for Star Wars: Outer Rim already had a plethora of iconic characters in its playable roster, and Unfinished Business rounds them out even further. Where characters like Chewbacca , Dengar , and Hera Syndulla were merely contacts before, now they are fully playable characters in their own right. There are also some characters that weren’t in the base game at all, such as Cad Bane .

In a similar vein, new contact tokens and databank cards have been added to make the characters from the base game encounterable as well. You can even gain the likes of Han Solo and Boba Fett as crew (so long as they aren’t being played by another player). 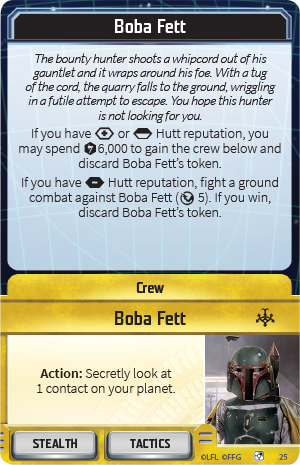 Here is an example of a new databank card for Boba Fett, one of the playable characters from the base game, now in crew form.

This not only makes the Outer Rim feel more expansive and lived-in, but also creates some interesting opportunities for player interaction when you receive a bounty for another player’s character. Whenever a contact token of a player’s character is revealed, it is immediately discarded, so you won’t be able to use that token to fulfill a bounty for that character. Instead, you will have to enter combat with that player and win if you want to collect on the bounty. The rewards for player bounties are different from what’s printed on the cards; you will always gain money and fame, but you can also gain reputation with any faction that the target has negative reputation with (and lose reputation with any faction they have positive reputation with).

This, of course, just scratches the surface of the new content and new means of player interaction added to Star Wars: Outer Rim with this expansion. You can look forward to new ships, new jobs, new market cards, new encounters, and an expanded single-player mode as well!

In addition to more of everything that made the base game so great, Unfinished Business also brings new optional rules to the table that can enhance the experience of Star Wars: Outer Rim even further. The first of these rules is the ability to give favors to other players. 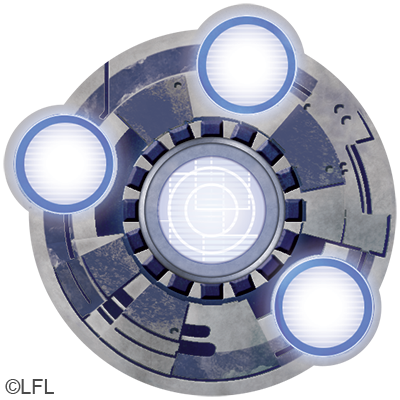 A debt token, used to represent the promise of a future favor.

When playing with this optional rule, each player begins the game with a debt token, which, like credits, can be traded at any time during the game. At any point later in the game, you can request a favor from another player, offering them credits or the promise of a future favor in return. This favor can take multiple forms, such as gaining one of that player’s skills for a test or being endorsed by that player for a faction they have positive reputation with (and thus treating your own reputation as positive as well). While your opponents can choose to refuse your request for a favor, if you have another player’s debt token, then you can give that token back to them to force them to grant your request. Having someone owe you a favor really is a powerful boon!

The other optional addition to the game is ambitions. 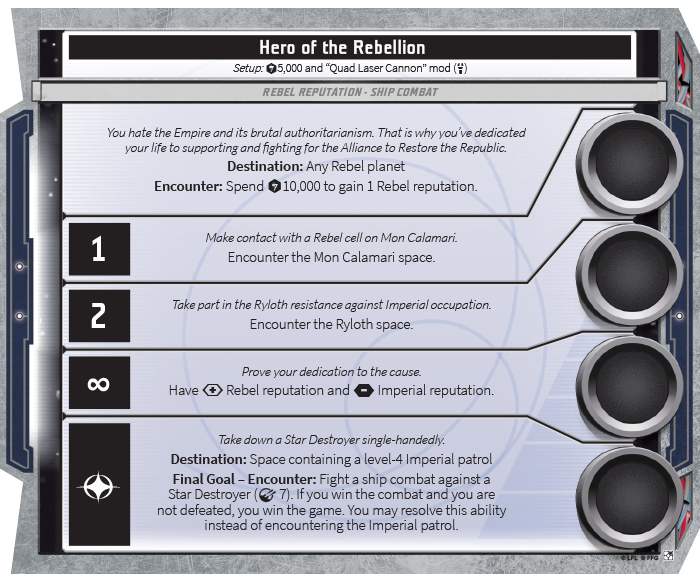 An example of an ambition sheet. If the player completes all four objectives on this sheet, they win the game!

When playing with ambitions, you no longer win just by gaining the required amount of fame; you must also complete a series of goals (determined by your own ambition sheet) in order to win the game. Playing with ambitions provides a strategic direction for you to pursue during the game and a unique story arc for your character’s career, and it also creates more climactic endings to the game.

Both favors and ambitions are fantastic additions to the game and provide serious ways of shaking up the gameplay. Just be careful—once you play using one or both of these optional rules, you may find yourself never wanting to play without them again!